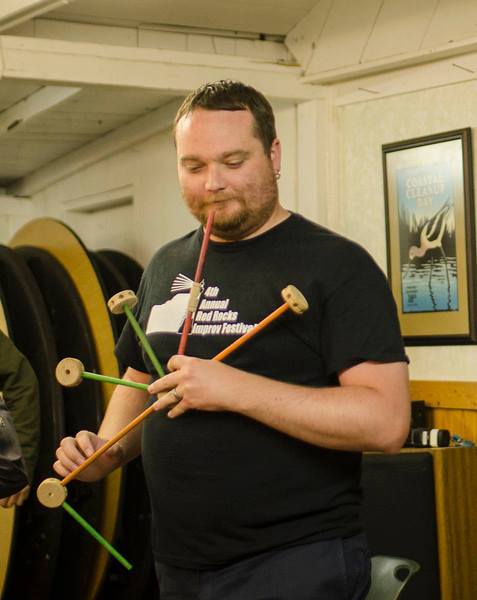 Camp Improv Utopia is one of the best experiences I can think of. It has helped me grow as an improviser, theater owner and most of all, as cheesy as it sounds, as a person. Camp is rejuvenating, empowering, and almost magical. I’ve met some of my dearest friends at camp and improved existing friendships while at camp. I look forward to camp every year. To me, it’s a family reunion of sorts. I’ve never experienced the bonding that happens while at Improv Utopia any where else. By the time the weekend is over you are walking away with over 100 new and great friends, world class improv knowledge, and energy to tackle the world outside of camp.

Improv Utopia is the living definition of Improv. If you want to know why I’m an improviser and why I crave improv then go to camp. The community that Nick Armstrong has captained is what makes camp what it is. The people that Nick has put together to make this happen are amazing. Everyone is so committed to making you feel at home and that you belong. This is something that I was very nervous about attending my first year of camp. My wife and I had met Nick the previous year at iO West and we had seen some of the other staff perform and teach. We basically came to camp as strangers that first year. I am a very shy and sometimes socially awkward person. Usually meeting a bunch of new people is not my cup of tea, but camp was different. Upon arrival and checking in with Mayor McCheese, they have camp nicknames (John Abbott) they had me feeling immediately welcomed into the fold and then instant hugs from Nick aka Boss Hogg and BOC aka Papa Bear, I knew all was going to be all right.

I’ve learned so much from attending camp. Not just in the classes, which have all been amazing, (I’ve had a plethora of improv leveling up moments.) but also in hearing other theater owners and performers, teachers, directors, actors, first timers talk about their lives and sharing their stories. With Nick leading the charge of building this amazing community and expanding past the big cities and into the small towns and suburbs teaching the mantra of “A rising tide raises all ships.”  I think this is the number one thing I can take from camp. This mantra inspires me to be the best I can. Just because OTC is in Cedar City Utah doesn’t mean that what we have to offer isn’t valid or good. Camp changed the way I see my company and my improv and my own community and how to grow and nurture a community of our own. Cedar City is on the improv map because of what Improv Utopia has inspired us to do. Camp is almost like a support center for up and coming improv communities. It has helped start a national/international discussion about improv. It has helped fan flames and create a fire that is spreading into more and more communities. Or I guess I should say it is helping rise the tide and it is helping make a mantra into a reality.

Improv is growing and getting more recognized as a form of theatre. Camp Improv Utopia is at the forefront of making that happen.