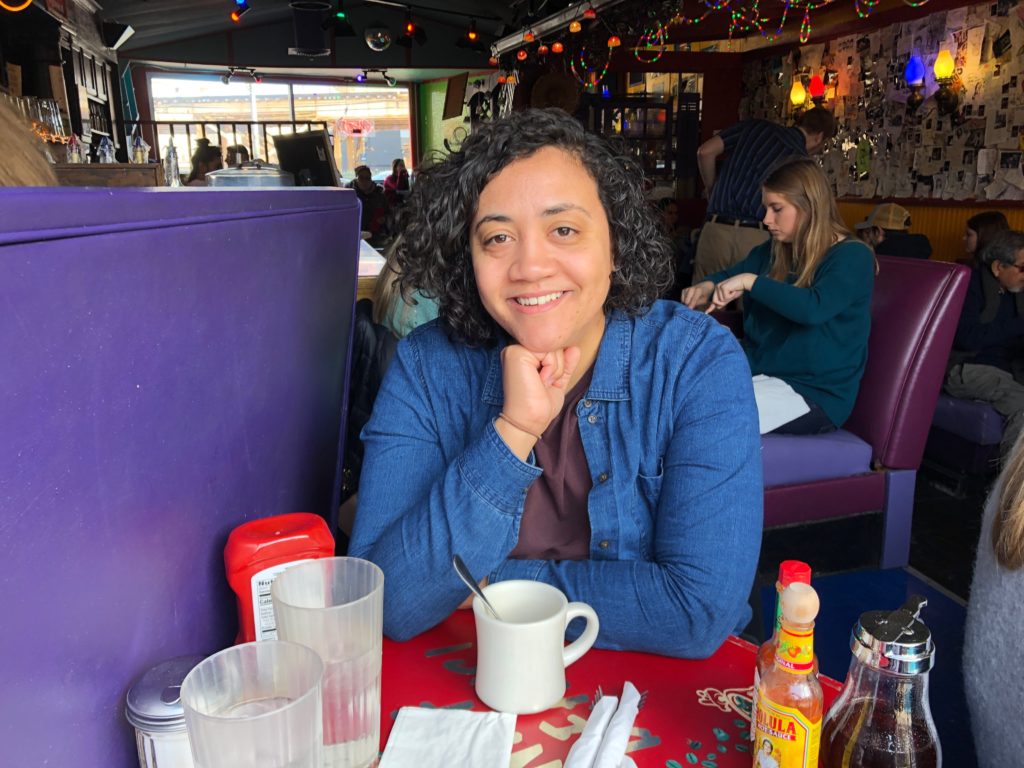 Hello Campers Past, Present, and Future!

It has been a couple of months since my position as Diversity and Inclusion Manager of Improv Camp Utopia was announced. In those short couple of months so much has happened! The Holidays came and went, it snowed in Chicago, it was freezing in Chicago, and then the temperature was in the forties. It’s been a real rollercoaster, as I’m based in Chicago and the weather is the only way for us to start conversations. I am very excited to be Camp’s new Diversity and Inclusion Manager and I wanted to share with you all who I am and our goals for camp.

I went to the very first Improv Camp Utopia in 2010 a mere nine months into doing improv. Camp made me fall in love with improv in its many forms, quite literally. I went back to camp the next year and during one of the last nights, I had the courage to come out of the closet to a friend. Camp had allowed me to feel vulnerable and safe. Camp Improv Utopia has always had a very special place in my heart and has given me the tools to be a better person and improviser. That summer I moved to LA and about a year into living in Los Angeles, and several years into doing improv I finally saw another black woman performing on a mainstage. I saw Amber Ruffin performing in the Armando set. It was the first time, I, a queer black woman had seen any representation. In the years since I have moved around. I have been in Chicago for the last few years where I have been on the ground floor and have fortunate enough to see and be a part of some amazing initiatives that have changed the face of the improv/comedy scene in Chicago. One of the things I am most proud of, my team of all WOC, Matt Damon Improv whose form is aimed at social/racial satire. The first 30 minutes of our show is dedicated to showcasing the diversity in our scene, we have been giving a platform to POC and LGBTQA+ comedians from all around Chicago for the last four years. In my time as a queer black woman in this scene, I have seen so many beautiful things as well as so many ugly things. I’ve been on the receiving end of slurs onstage, or have been made a slave by another WOC who was not black, I have also seen the way people in positions like mine who are tasked with expanding Diversity and Inclusion be road blocked or overly scrutinized or both. I wanted to take the time here and acknowledge the dark so that we can appreciate the light that much more! It is with all of these things in mind, that I am working to build an even more positive and inclusive environment at Camp Improv Utopia.

You may have noticed that registration looks different. It does! Because it is! I have been sifting through all of the text we present to make it more inclusive and welcoming from the jump! In registration we have added a section for your pronouns, I moved around the questions on race and identifiers and our statement on our commitment to Diversity and Inclusion to the beginning of your registration process because it is not an afterthought but at the forefront of our minds. Now when choosing cabin mate preferences, it’s no longer a binary “Men or Women” type of question since gender is not on a binary either. The registration now lets you choose as many genders as you feel comfortable bunking and sharing your space with. The text we read is representative of who we are and sets the stage for what we are about. I am changing the language we use not only here in registration but also the language that our teachers and campers must use at camp. I start my classes by simply stating that this is improv, we are to Yes And each other, but that doesn’t mean that anybody can say anything without consequence. As a teacher, I do not allow any racism, sexism, transphobia or homophobia, or really anything that puts down an oppressed group. And we will reiterate this at the start of camp and with our teachers. There is an entire UNIVERSE out there for us to lampoon and observe, and play onstage, and if you cannot do that without hurting another person then that is an issue that your improv class cannot help you with, that’s some personal growth ish.

One of the ways I want to implement positive growth here at Improv Camp Utopia is by having more Diverse Folks in leadership positions. In addition to myself being a teacher at this year’s East Camp (woot woot!), We will be adding more black teachers and teachers of different backgrounds and identities at our camps. Cause if you think seeing Amber Ruffin slay the Armando Show after doing improv for over two years was a long time, buckle up because I did not have a black teacher until 2016. SEVEN FULL FUCKING YEARS INTO DOING IMPROV. And then I hadn’t been directed in a show by a black woman until 2019. Y’all. That’s last year! Don’t worry, she’s the only person I work with now. Seeing yourself represented makes an incredible difference, whether it is as a POC, someone over fifty-five, as a an immigrant, or however it is you identify. To feel safe in already vulnerable environments (like improv) should not be a privilege. It has to be the norm, for the sake of all of us. We are also working on ways to get more Diverse Folks to camp, that’s why we have siphoned off a large portion of our registration specifically FOR diverse campers. So sign up for camp!

I have many goals for this camp and in this next year, my main goal is to keep inclusive leadership as a top priority and to implement our use of inclusive language for all. I have been working closely with Nick and Jacque to achieve these goals, many of them are already being implemented, making room for our next steps. I will be checking back in periodically. And if you’re a camper visiting Chicago, hit me up and I will help you find the hottest, most diverse shows in town.
See you at camp! Allison Reese
“A candle loses nothing by lighting another candle.”