Yosemite is a 3 night retreat for adults 18 and over and takes place at Camp Calvin Crest, near Yosemite National Park, this camp is tucked away near the Sierra Nevada’s and near the original national park where you’ll see America’s most beautiful landmarks like El Capitan, Half Dome and The Yosemite Valley. In addition to our East and West Camp, Yosemite brings you an all new curriculum. You will learn a form and be trained by one teacher the entire weekend! This three-night camping experience includes improv workshops from top instructors, camp activities like archery, a trip to half-dome and more! Your accommodations are great too with cabin camping with showers and bathrooms, all your meals and much more. Camp is a relaxed environment to learn while experiencing camaraderie, community and nature.

Prices Include: Camp is all inclusive, Yosemite trip, Co-ed cabin-camping (Single-sex cabins upon request), 8 meals, workshops and all camp activities are included in your tuition.

Camp 2022 is sold out but please join our wait list as spots become available leading up to camp. If you're an improvisor of racial diversity interested in Camp Yosemite, please reach out to us!

Challenging but rewarding, complex yet freeing, JTS Brown is renowned as one of the most unique improv forms ever created. Originated in the late ‘90s in Chicago by a 14-person ensemble formed by Jason Sudeikis and Ike Barinholtz, JTS Brown demands complete concentration and absolute support from its players. Following dream logic and utilizing physical transformations, a large ensemble creates an interesting packaging for strong scene work. Come learn from original JTS Brown director Craig Cackowski and put your own spin on this classic form!

Craig Cackowski is an improvisor and teacher based in Los Angeles. He has been involved with the iO and iO West theaters since 1992, and is the three-time winner of the Del Close Award as Teacher of the Year at iO West. He has played numerous festivals, including the Chicago Improv Festival and the Del Close Marathon, with his long-running three-man troupe Dasariski (with Bob Dassie and Rich Talarico). Around LA, he may be seen in such other shows as Quartet, The Armando Show and The Better Half (with Raising Hope’s Lucas Neff). 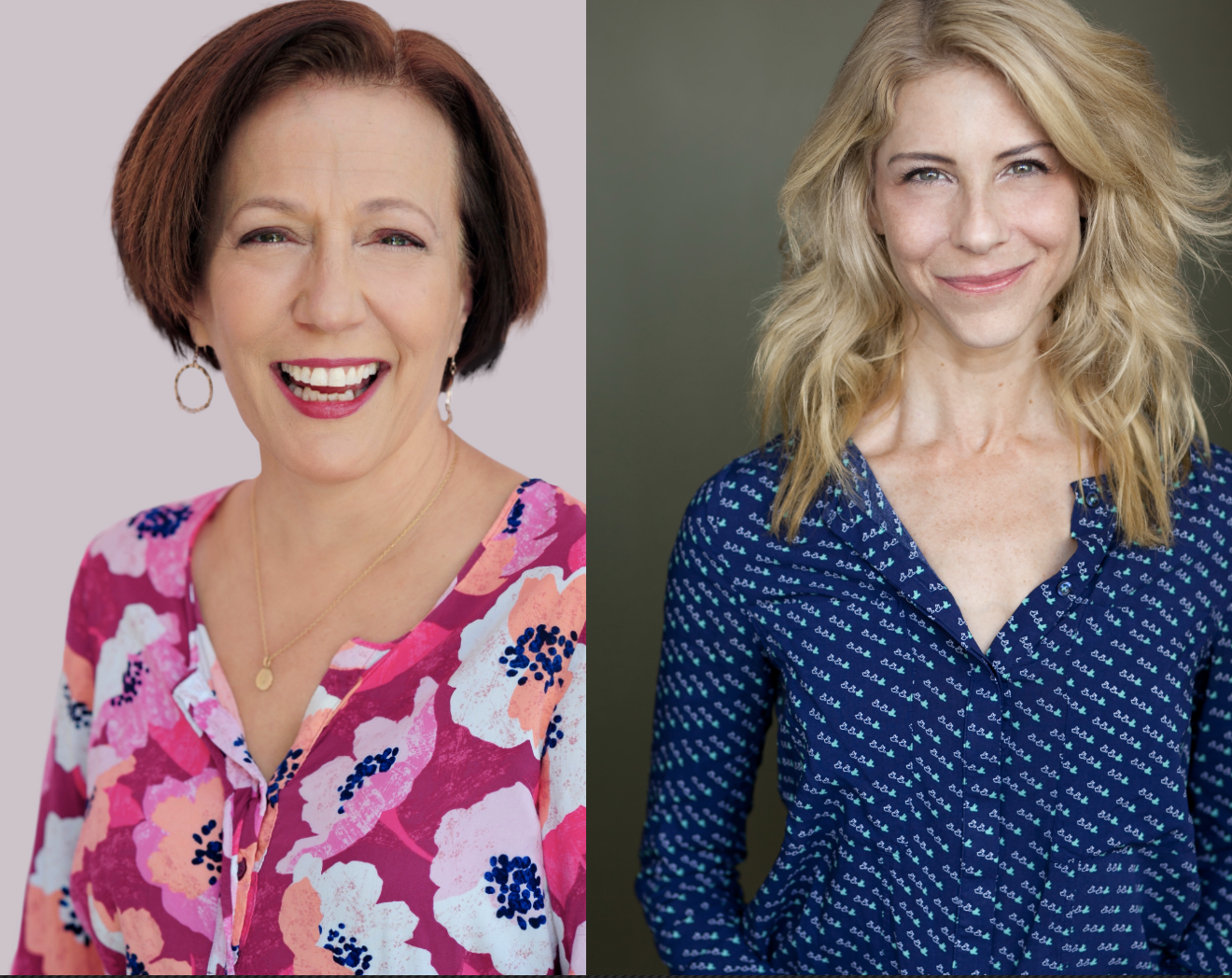 Laura Hall and Shulie Cowen will be teaching the Musical Meanwhile, a long form they created just for Camp Improv Utopia Yosemite!  We’ll explore song structures, what to sing about, rhyming, rhythm, harmony singing, and staying connected with your musician and other singers. Whether you are an experienced music improvisor or a beginner, this form is for you!

SHULIE COWEN has taught improv to kids, senior citizens, and everyone in between.  She currently teaches private custom classes in Los Angeles, and previously spent 12 years teaching at The Second City Hollywood and iO West.  Shulie also travels the USA and the world teaching acting and improv at festivals and schools. She is a graduate of Northwestern University, a former member of The Second City National Touring Company, and a member of the original cast of Schoolhouse Rock Live!.  Shulie studied improv in Chicago at The Second City Training Center, The Annoyance Theatre, and at iO with Del Close.  She also directs and performs in Opening Night: The Improvised Musical!® and with the improv team EST.  Movie and television credits include Mr. Mayor, 2 Broke Girls, Liza on Demand, and How I Met Your Mother.

Laura Hall is best known as the improvisational pianist on all 17 seasons of the hit television show, “Whose Line is it Anyway?”.  Laura has toured extensively with “Drew Carey and the Improv All Stars” and performed with “Whose Line Live” at the Adelphi, the Palladium, and Royal Albert Hall in London.

Laura got her start in improv as a musical director and composer at The Second City Chicago.

She has performed with numerous improv groups, including: iO Chicago and iO West; The Annoyance Theater in Chicago; ImprovBoston; Arcade Comedy in Pittsburgh, Curious Comedy in Portland, “Opening Night: The Improvised Musical!” in L.A., and “Hyprov” with Colin Mochrie and Asad Mecci.

In the course of her career she’s played with performers as diverse as Robin Williams, Jane Lynch, Keegan Michael-Key, Joe Walsh (of the Eagles), Nicole Parker, Florence Henderson, Andy Richter and Richard Simmons.

Laura and her husband, Rick Hall, teach music improv around the world. She created “Improv Karaoke”, which are tracks for improvisers to learn how to do song improv. She co-wrote the book “The Improv Comedy Musician: The Ultimate Guide to Playing Music with an Improv Group”, and will soon be releasing a series of instructional videos, “A Musician’s Guide to Improv Comedy”, to teach the specialized skill of playing for improv.

Laura has written music for televisions shows, plays and musicals. She’s scored several indie films, including romantic comedies and two award winning documentaries about the holocaust, “After Auschwitz” and “Swimming in Auschwitz”.  She also wrote the music for “The Wheels on the Bus” children’s video series, starring Roger Daltrey (of The Who) as an 8 ft dragon. For more about Laura, visit www.laurahall.com 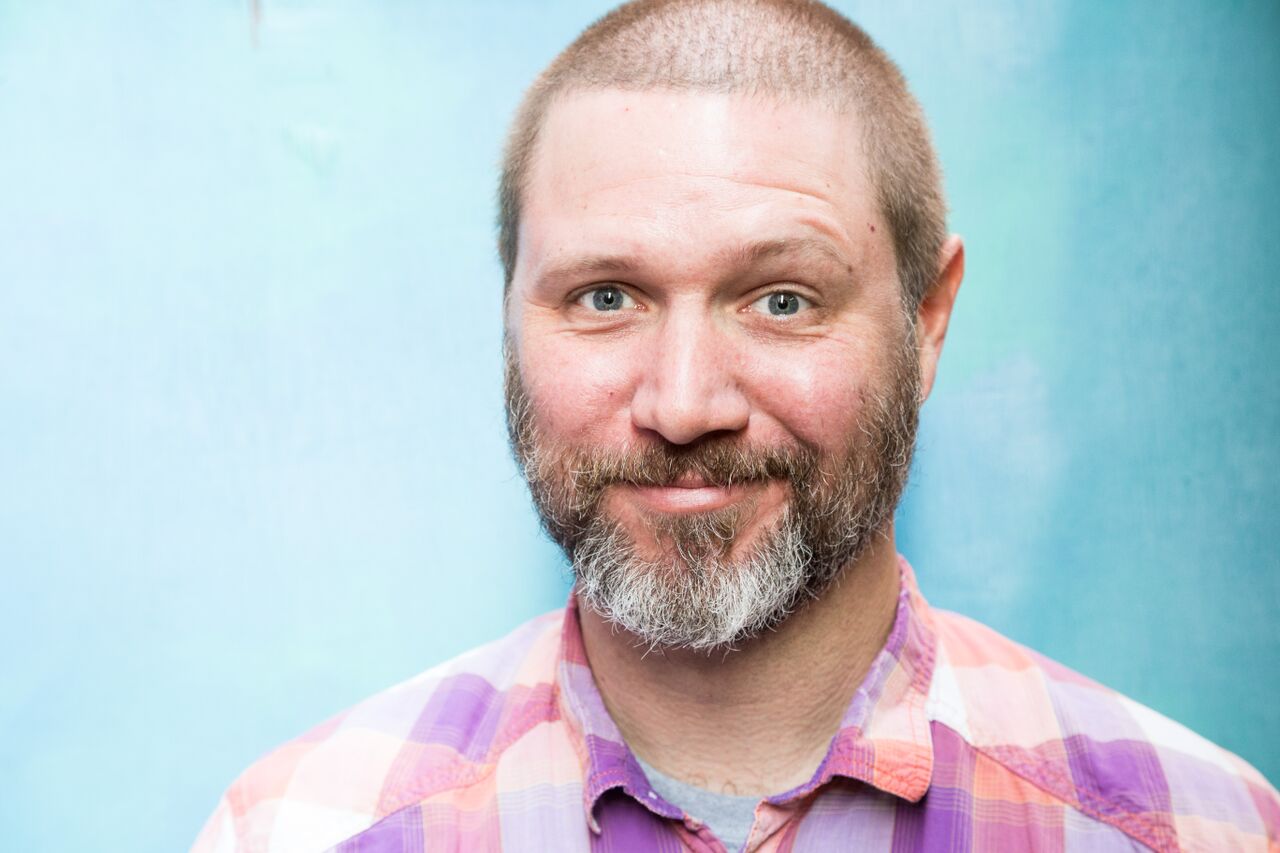 If the Harold is algebra, The Deconstruction is calculus.   Once you learn calculus, everything else seems like simple math.

Brian James O’Connell is a working actor, writer, director in Los Angeles and a graduate of the prestigious North Carolina School of the Arts (David Gordon Green, Danny McBride, Jody Hill, Dane DeHaan and Jeff Nichols).  A regular performer and teacher at the iOWest Theater in Los Angeles, Brian also currently teaches as part of the Core Faculty at The Miles Stroth Workshop.

His comedy troupe, Dr. God recently completed their first feature film project BLOODSUCKING BASTARDS (starring Fran Kranz, Pedro Pascal). which O’Connell directed (his third feature as a director) as well as co-writing the script. You can now find it on demand and online. 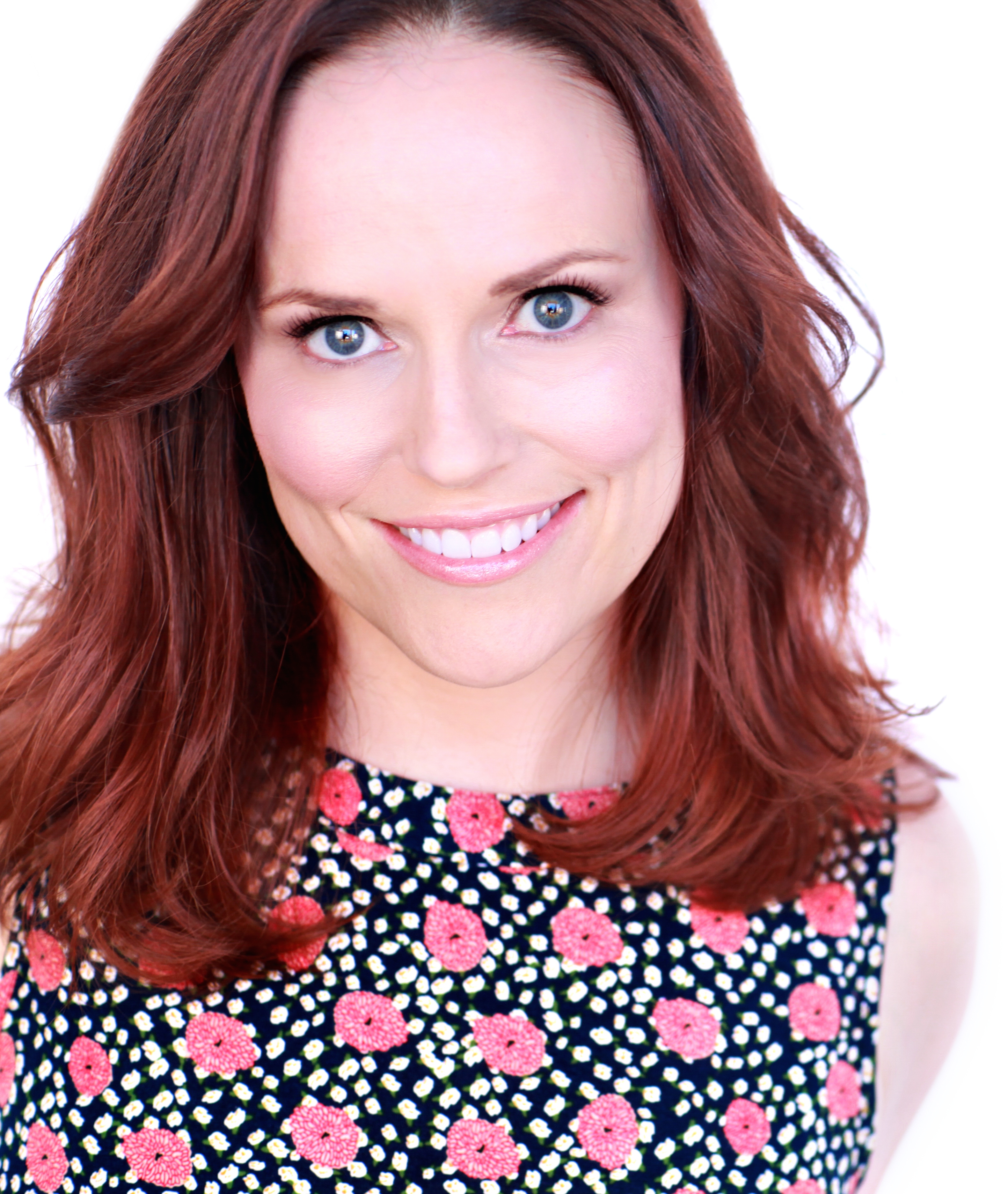 Close Quarters" is a long form that was born in the nineties by an improv group out of Chicago. The original production ran for four months at The Second City ETC and was directed by Noah Gregoropoulos. The entire piece takes place in one main location (ex. Hospital), with each subsequent scene exploring adjacent areas in that space (i.e. emergency room, ladies restroom, nurses station, janitor's closet, morgue, etc.). Each scene in the adjacent space takes place at the same time, so there are opportunities to see the same sound effects, character walk-ons, and other elements play out with a new meaning or importance in each scene. Carla's duo "Orange Tuxedo" performs a modified version of this form in festivals across the country and she recently directed a Close Quarters format with the Festival Ensemble in 2018's Westside Comedy Fest. She will be working with the group based on her own experiences doing the form, as well as adding in other unique elements that the ensemble creates together in rehearsal.

Carla Cackowski is an improviser, writer, podcaster, and nap-lover. She toured all over Europe, Alaska, and the Caribbean performing comedy with The Second City. She's a member of SAG-AFTRA and has done voiceover work on shows for ABC Family, TBS, and Disney. She wrote and performed five solo shows that were produced in Los Angeles and her comedic monologues were published in anthologies by APPLAUSE BOOKS. Carla hosts "Improv Yak", a shop-talk podcast about improv comedy. When they're not touring their two person improv show "Orange Tuxedo", she and her husband Craig Cackowski co-host a podcast called "Craig's List".  Most recently, Carla has written for sketch shows on PBS Kids and Dreamworks TV. She taught improvisation and directed sketch shows at The Second City Hollywood for eight years before relocating to the Pacific Northwest to accept the position of Co-Artistic Director at Curious Comedy Theater for a year. She’s currently the Training Center Director at Mi’s Westside Comedy Theater in Santa Monica, California. 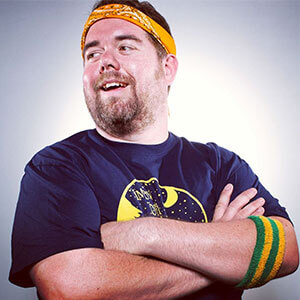 Only 10 lucky campers will be able to take this Genre Intensive with Nick. Study and learn Nick's philosophy on Genreprov. Learn form, and how to play genre. You'll be learning how to play the form all leading up to a show at the end of the weekend. Nick's philosophy follows character play in genre more then the narrative itself. You'll be able to learn how to develop and carry on character through the entire show. So you get to kill two birds with one stone..Character and genre!

Nick is an Actor, Improvisor and Writer living in Los Angeles, CA. On TV Nick has been on the Emmy-Award winning shows The Office and Grey's Anatomy. He has also made appearances on Jimmy Kimmel Live, New Girl, Brooklyn Nine-Nine, Key and Peele, Stan Against Evil and Parks and Recreation.

Nick has trained at The Groundlings and iO West. He is an alum of The Sunday Company at the Groundlings and  M.I.'s Westside Comedy Theater in LA's where he performed on the critically acclaimed Harold Team King Ten. Nick is the former Artistic Director of Mi's Westside Comedy Theater and is the Co-owner and Managing Director of RISE Comedy in Denver, Colorado. He has also taught improv at iO West and The Groundings Theater and has done workshops all over the world.

Nick is also the Camp Director and Founder of Camp Improv Utopia a 501(c) (3) Non Profit improv retreat for grown ups. He is also one of the founding members of the The Improv Network.

Jessica is an improviser/actress/stand up comedian in Los Angeles who performs weekly at I.O. West since 2003. Her first group was the infamous Nite Terrors along side Nick Armstrong and John Abbott. Jessica has been an original cast member of the Kind Strangers for the last 5 years. They have traveled to Improv Festivals across the country bringing their unique style of genreprov, their signature form being improvised Tennessee Williams. Jessica’s latest endeavor is stand up comedy which you can see live, on YouTube, or if you’re lucky, on the back porch of Mozzi’s Saloon during Improv Utopia. She loves the outdoors and attended her first sleep away camp at age 8. Jessica can’t wait to bring the “Arts to the Crafts” at camp this summer. 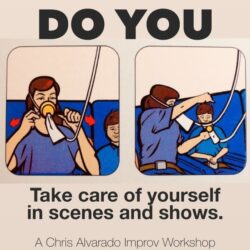 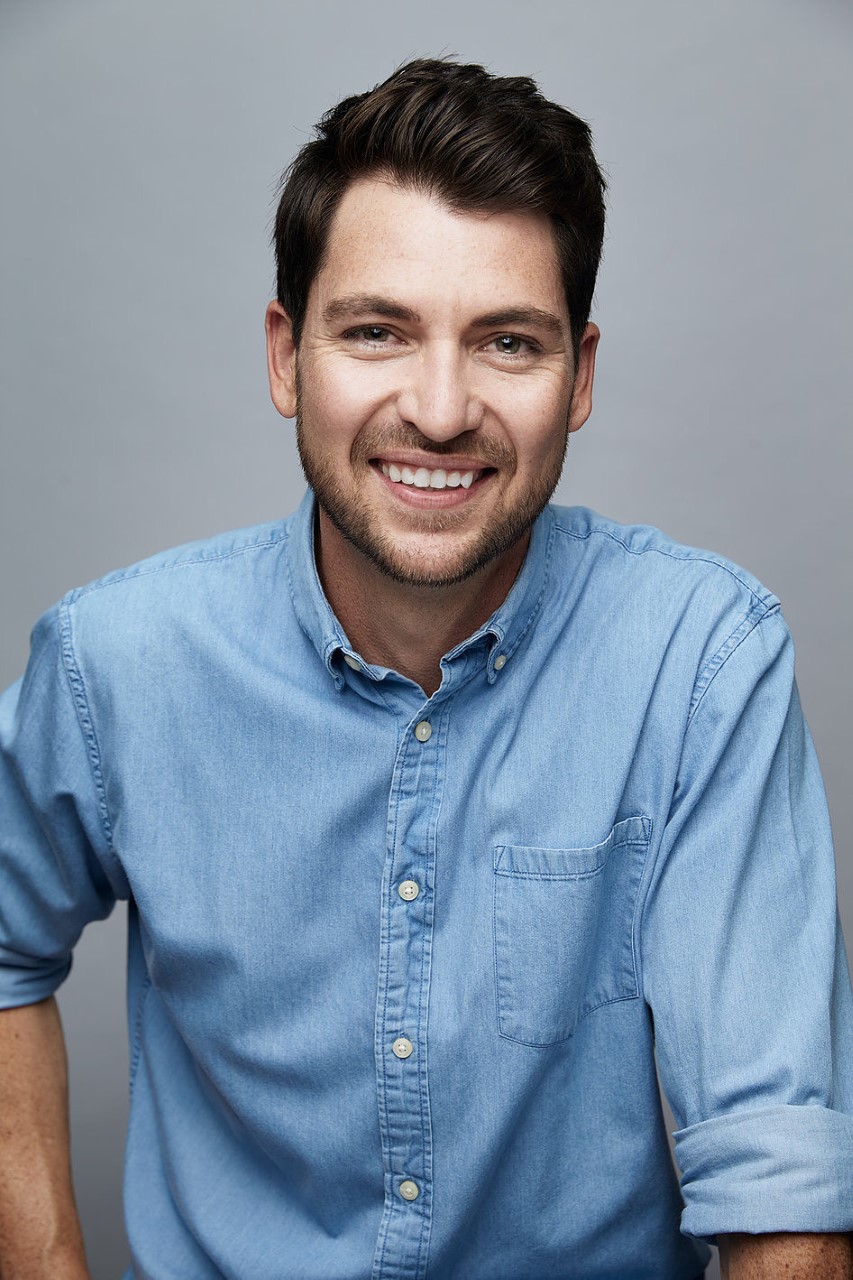 Workshop - Saturday Only - Open to Anyone

Want to be a more supportive scene partner? Learn to take care of yourself in scenes!

In any good relationship we can only help others once we have helped ourselves. In this workshop you will learn tools and techniques to make sure you are taking care of yourself and thus being a supportive scene partner.

Chris Alvarado has been performing improvisation for over 25 years. He’s trained and performed at The Second City Chicago and Hollywood, iO West, UCB LA, the Westside Comedy Theater, and more.

He teaches, coaches, and performs at The Westside Comedy Theater in Santa Monica, CA. and can be seen playing with “Heyday” and “Pretty, Pretty Pony.”

Chris was a founding cast member of the fully improvised podcast “Alchemy This” alongside Kevin Pollak and Craig Cackowski.

Three years ago Chris created the Chris Alvarado Improv Workshops where the focus is on honest and meaningful work.