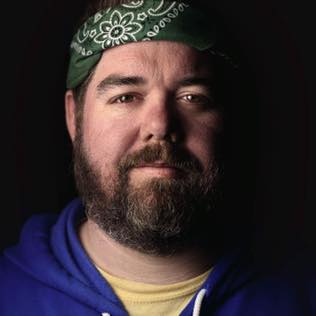 Nick is an Actor, Improvisor and Writer living in Los Angeles, CA. Onstage Nick has trained at The Groundlings and iO West. He is a Sunday Company alum at The Groundlings and is the former Artistic Director of Mi's Westside Comedy Theater.  He is also the co-owner of Voodoo Comedy in Denver, Colorado. You can catch him on LA’s critically acclaimed Harold team King Ten and County Line at M.I.'s Westside Comedy Theater.

On TV, Nick has been on the Emmy-Award winning shows The Office and Grey’s Anatomy. He has also made appearances on Jimmy Kimmel Live, Stan Against Evil, Raising Hope, New Girl and Parks and Recreation. Nick has been improvising and teaching for over 20 years and has taught and performed at many festivals in the U.S. and around the World including: The Phoenix Improv Festival, San Francisco Improv Festival, Improv Fest Ireland, Seattle Improv Festival, Red Rocks Improv Festival in Utah, Out of Bounds in Austin, TX and many more. He is also Co-Founder of the The Improv Network. Feel free to following him @nickarmstrong on Twitter and @mrenergy on Instagram 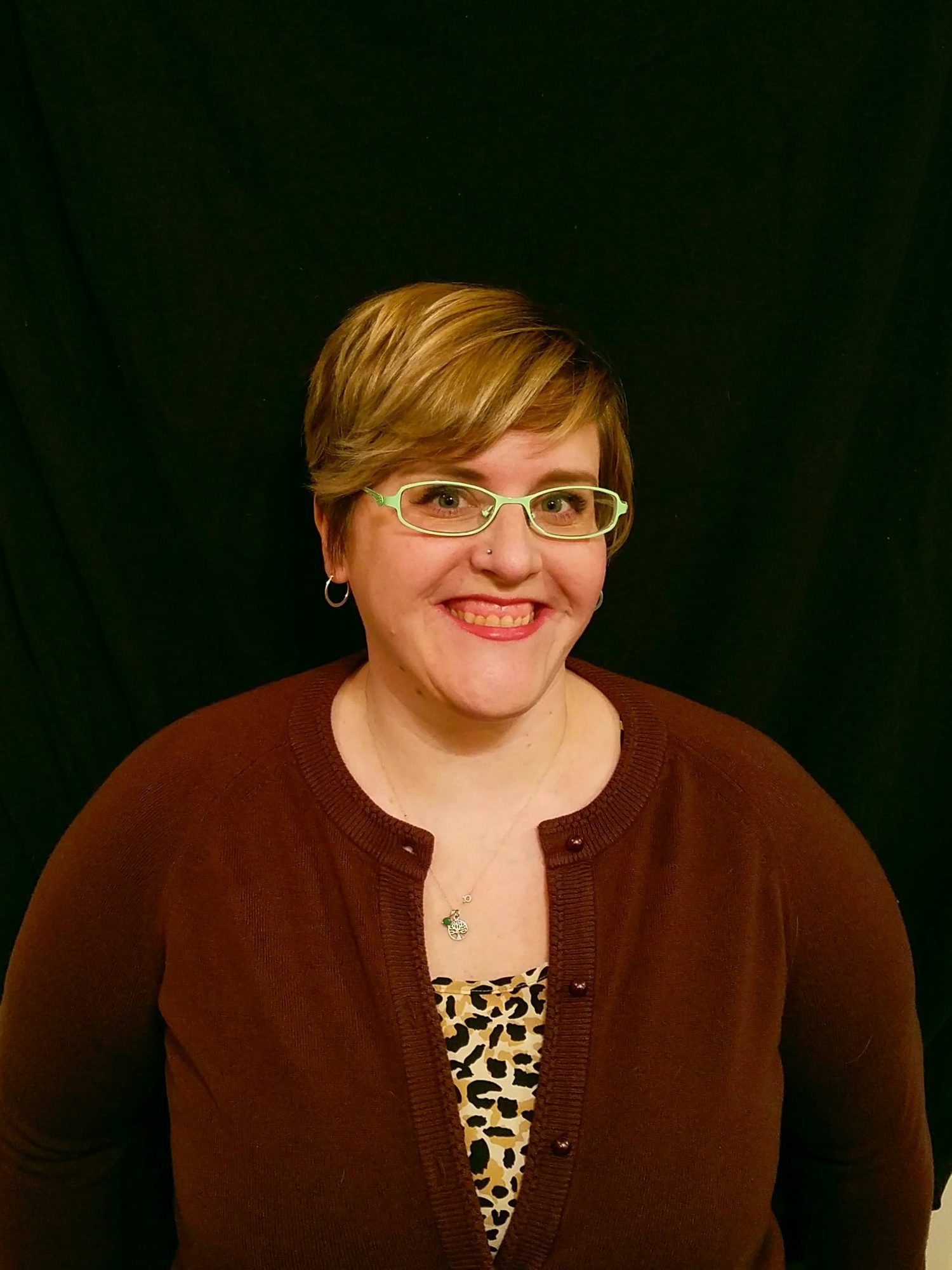 Wendy is a founding member of OTC Comedy and the current Artistic Director. She has been studying and performing improvisational theatre for over 15 years. She is also a member of Pawn Takes Queen and has performed internationally. Wendy co-founded both the Red Rocks Improv Festival and Ye Olde Improv Competition. She is currently one of OTC Comedy's instructors and has taught improv to people of all ages for over 10 years.

Allison Reese is a Chicago based comedian. This summer Allison was featured in NBC's Breakout Comedy festival at The Second City. She was also Chicago's 2019 JFL and Comedy Central showcases, as well as the 2018 SCOUT showcase. Allison is a regular contributor to The Paper Machete at the Green Mill. Her one-woman show 'You Listen To White People Music?'  was a Chicago Tribune recommended show to see. Allison is 2016 Bob Curry Fellow and Urban Twist alumni. She is the founder/creator of Matt Damon Improv at the Annoyance Theatre. Follow Allison online! Twitter: @monsterrese

Chris performs regularly at the Pointless Brewery and Theatre (pointlessbrew.com) in Ann Arbor, Michigan with the League of Pointless Improvisers and at festivals around North America with Consolation Fries and Holiday Road. He is one of the founders of the Detroit Improv Festival and the Detroit Improv Collective, Inc. and he volunteers and teaches improv workshops regularly at Gilda's Club Metro Detroit. He spends his weekdays as the Show Operations Manager with SME and travels regularly for work to improv cities around North America. He is also the husband of Improv Utopia East's Arts & Crafts instructor Beverly Moody and the owner of Giuseppe the Camp Dog. 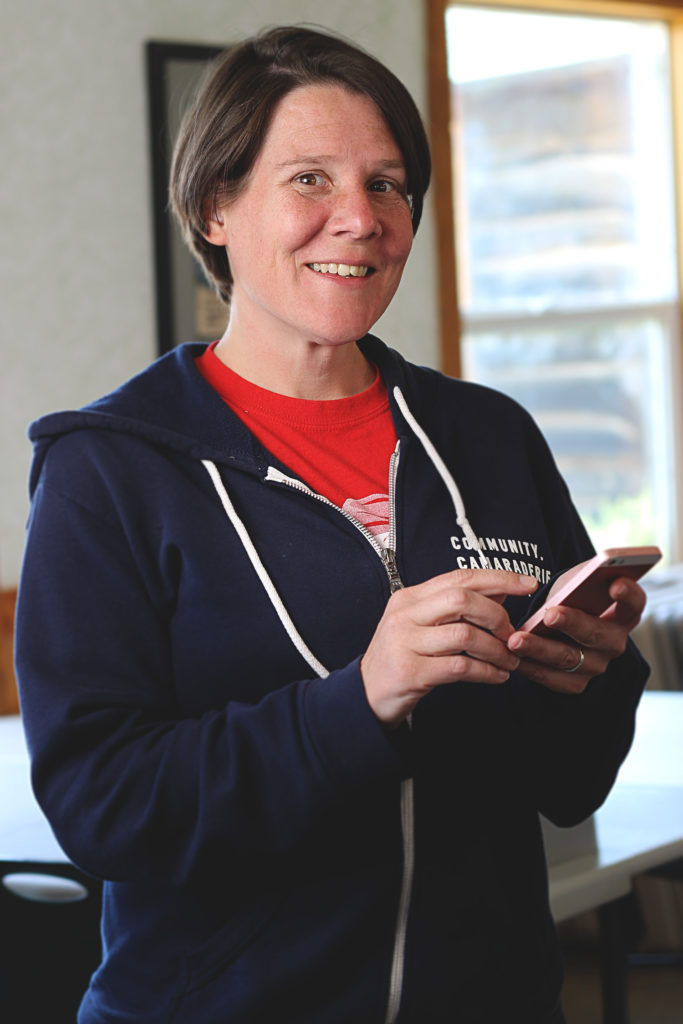 Jacque Arend found improv in 2005 through iO Chicago's summer intensive. After that experience Jacque joined with other improvisors in Phoenix, Arizona to found The Torch Theatre in 2007. Jacque was a co-creator of the Torch Training Center curriculum as well as the Administrator, handling all registration, instructor/student management, scheduling and building a community. Jacque was also an Operations/Theater Manager, including but not limited to; producing shows, managing volunteers, updating the website and handling ticketing services. Jacque joined the Phoenix Improv Festival team in 2006 and shortly became the Hospitality Manager and then the Managing Director of the Festival until 2017.

In 2013 she began teaching the comedy and improv classes at Arizona Actors Academy and in 2015 took over the administrative position using her experience to build systems for enrollment, scheduling and website maintenance. 2013 was also the first year that Jacque joined the Camp Improv Utopia team assisting with registration for Camp East and within two years became the registration coordinator for all camps. Jacque is a valued instructor and performer in the Arizona improv community. She focuses in longform performance, improv and acting skills for all levels, applied improvisation for teams, businesses, leaders as well as private focuses for personal growth. 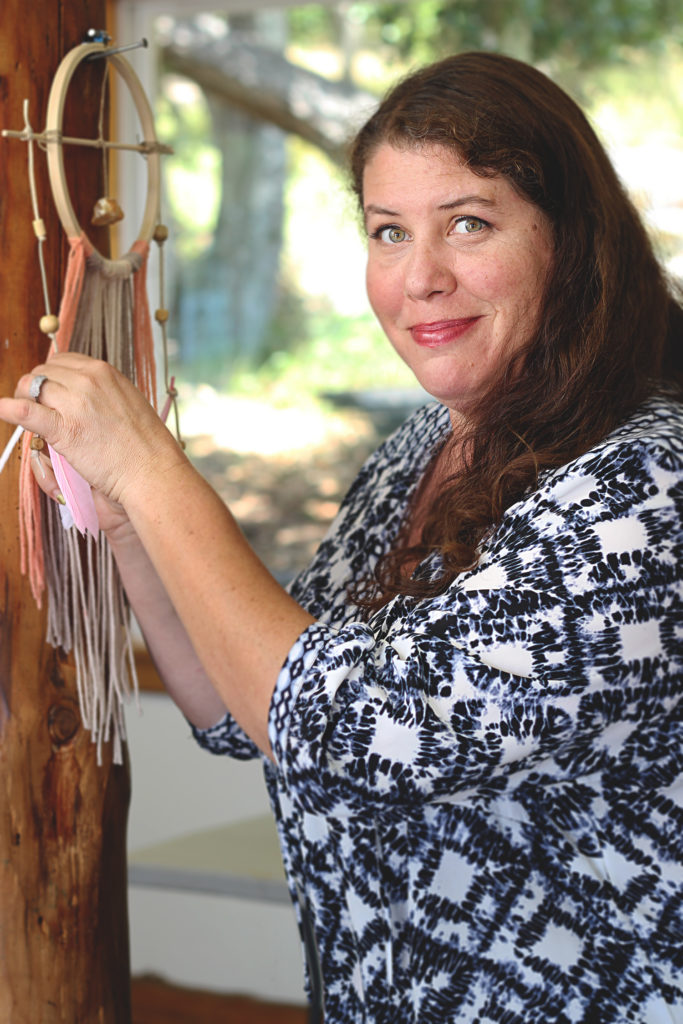 Jessica is an improviser/actress/stand up comedian in Los Angeles who performs weekly at I.O. West since 2003. Her first group was the infamous Nite Terrors along side Nick Armstrong and John Abbott. Jessica has been an original cast member of the Kind Strangers for the last 5 years. They have traveled to Improv Festivals across the country bringing their unique style of genreprov, their signature form being improvised Tennessee Williams. Jessica’s latest endeavor is stand up comedy which you can see live, on YouTube, or if you’re lucky, on the back porch of Mozzi’s Saloon during Improv Utopia. She loves the outdoors and attended her first sleep away camp at age 8. Jessica can’t wait to bring the “Arts to the Crafts” at camp this summer. 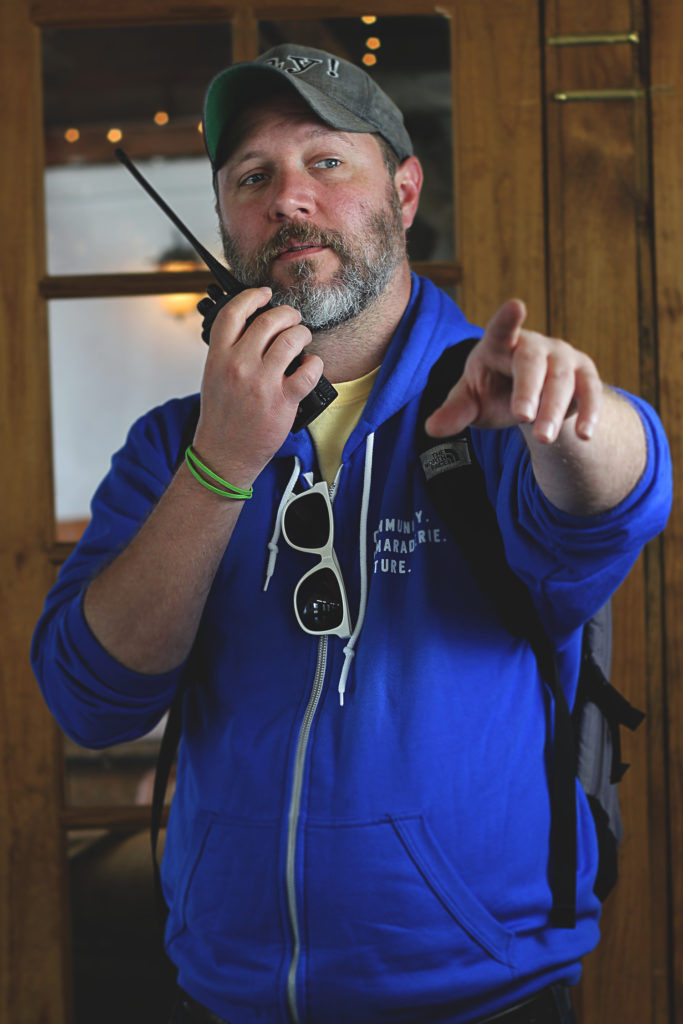 Brian James O’Connell is an actor, writer, director, filmmaker and improviser in Los Angeles. Brian is a graduate of the North Carolina School of the Arts and moved to Los Angeles in 2000 to follow his dreams of a career in filmmaking.   Brian has been with the iOWest Theater since March of 2003. With his internationally touring improv duo Billyhawk and iOWest’s legendary improv group Dr. God, Brian has performed in festivals in Denver, Phoenix, Toronto, Philadelphia, Austin, San Francisco, Los Angeles and Chapel Hill, NC. Brian can be seen performing at iOWest currently with Dr. God, EXTRA STRENGTH, garguilO’connell, and Tigerpants.   His first feature film as writer/director, KILLER VIEW, will be released theatrically in the Fall of 2010 by Fabrication Films/Grindstone Entertainment. 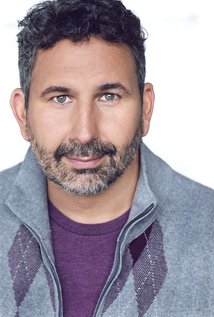 Craig Cackowski has been performing, teaching, directing and coaching improvisation for the iO and iO West theaters since 1992. While in Chicago, he was part of such groundbreaking productions as Frank Booth In The Blue Velvet Lounge, Close Quarters and JTS Brown. He also worked as a performer and director for The Second City, acting in and co-writing five revues on the Mainstage and ETC, including the Jeff Award-nominated The Revelation Will Not Be Televised. Since moving to Los Angeles, he has performed extensively at the iO West, UCB and Second City theaters, and is the three-time Del Close Award winner for iO West Teacher of the Year. Along with Bob Dassie and Rich Talarico, he has performed all over the country with Dasariski (check out their website at dasariski.com) and their short film Jakarta Boom Boom played at HBO’s Aspen and Las Vegas Comedy Festivals.

Other festival appearances include the Chicago Improv Festival, Del Close Marathon, SF Sketchfest, Out Of Bounds Austin, Just For Laughs Montreal, Phoenix Improv Festival, Denver Improv Festival, Telluride Comedy Festival, and Dallas Comedy Festival. As an actor, he may be seen in his recurring role as “Officer Cackowski” on the acclaimed NBC sitcom Community, as well as TV appearances on How I Met Your Mother, Workaholics, Curb Your Enthusiasm, Arrested Development, and in the film Year Of The Dog, directed by Mike White. He is also a original member of the Workjuice Players, the cast of the popular live radio show (and podcast!) The Thrilling Adventure Show. Subscribe at iTunes or on Nerdist.com. 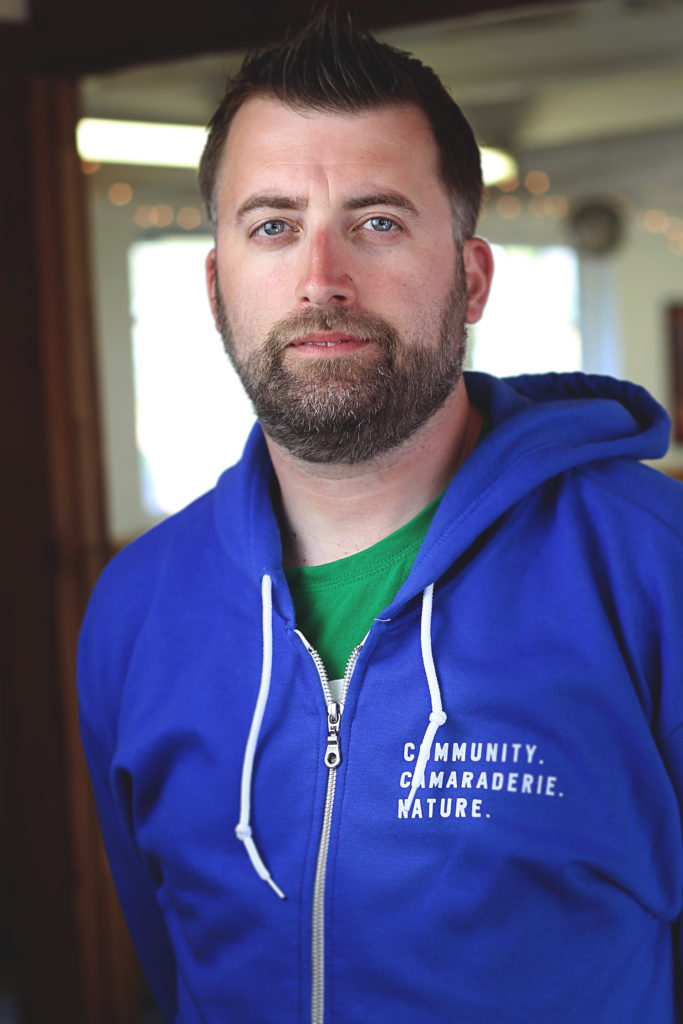 Neil has been teaching and performing improv both in Ireland and abroad for many years. Aside from running improv courses for people from beginner to advanced level, Neil also runs bespoke courses. Outside of Ireland, Neil has taught in London, Brussels, Shanghai, San Francisco, Barcelona, Krakow and San Jose.

Neil has also provided key training solutions and workshops to many well known organisations both in Ireland, UK and the US including Google, Facebook, IMI, Smurfit Business School, Dropbox, AdRoll, AIB and UCD, to name but a few. He is a certified Personal & Executive Coach. Neil is currently in the middle of a Masters in Training & Education. 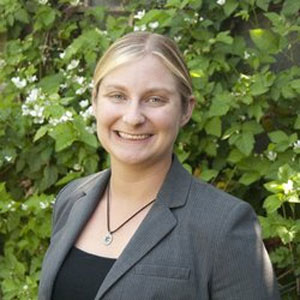 Patricia Forman - a.k.a The Law
Attorney / Board Member
patricia@improvutopia.com

Patricia I. Forman, Esq. practices law in the areas of construction, entertainment, litigation, and equine law in the Los Angeles area. She obtained her Bachelor of Arts in English and Philosophy from the University of California, Davis. During her time as a student there, she served as Historian for the Prytanean Women’s Honor Society, an academic, serviced based sorority founded on the UC Berkeley campus in 1900, and on the UC Davis campus in 1952. After attending US Davis, Patricia attended Loyola Law School, in Los Angeles, where she obtained her Juris Doctorate. While at LLS, Patricia helped to reinstitute the LLS chapter of Phi Delta Phi, a professional legal fraternity dedicated to the ideals of community service.

Patricia has always been involved with community service work and non-profit organizations. In 1992, she became a member of Job’s Daughters International, a community service and leadership organization for young women founded in 1920. Patricia served JDI as an officer at both the local and state levels, and later served as an adult leader. In 2012, she became a member of the Burbank Noon Chapter of Rotary International.

Patricia has been involved with Improv Utopia since its inception, and is excited to serve the organization in any way possible. 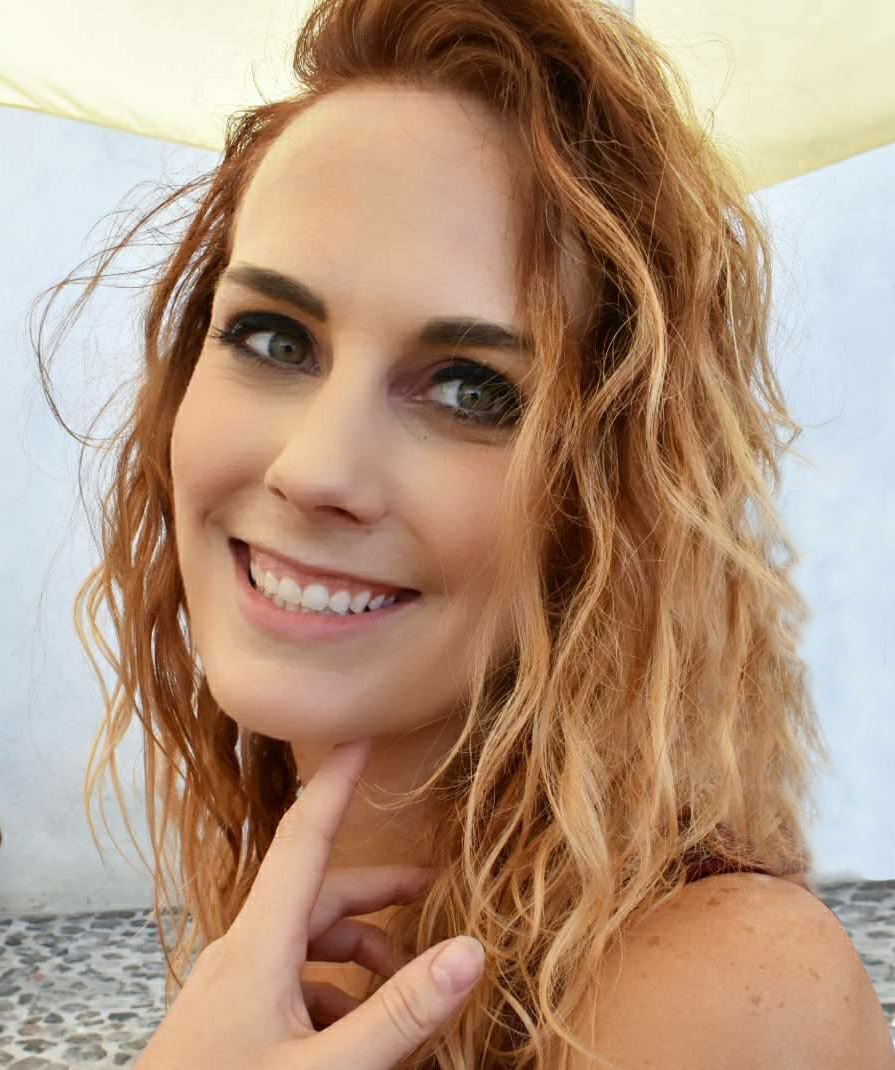 Kelley Wood has been in the performance arts for most of her life, and has been acting/improvising for several years. She currently resides in Salt Lake City, Utah and performs with multiple local troupes, including The Improvables, Out of Line Comedy, and two all female/non binary groups: Hysterical and Finger Bangs. Kelley enjoys performing regularly, teaching, and learning more about improv at every turn. Kelley has acted in a few independent films, and a handful of theatrical productions. She is delighted to be a part of the Improv Utopia family, as the community here is unlike any other.
Outside of acting and improvising, Kelley enjoys spending time with her furball Django, skiing, and traveling. 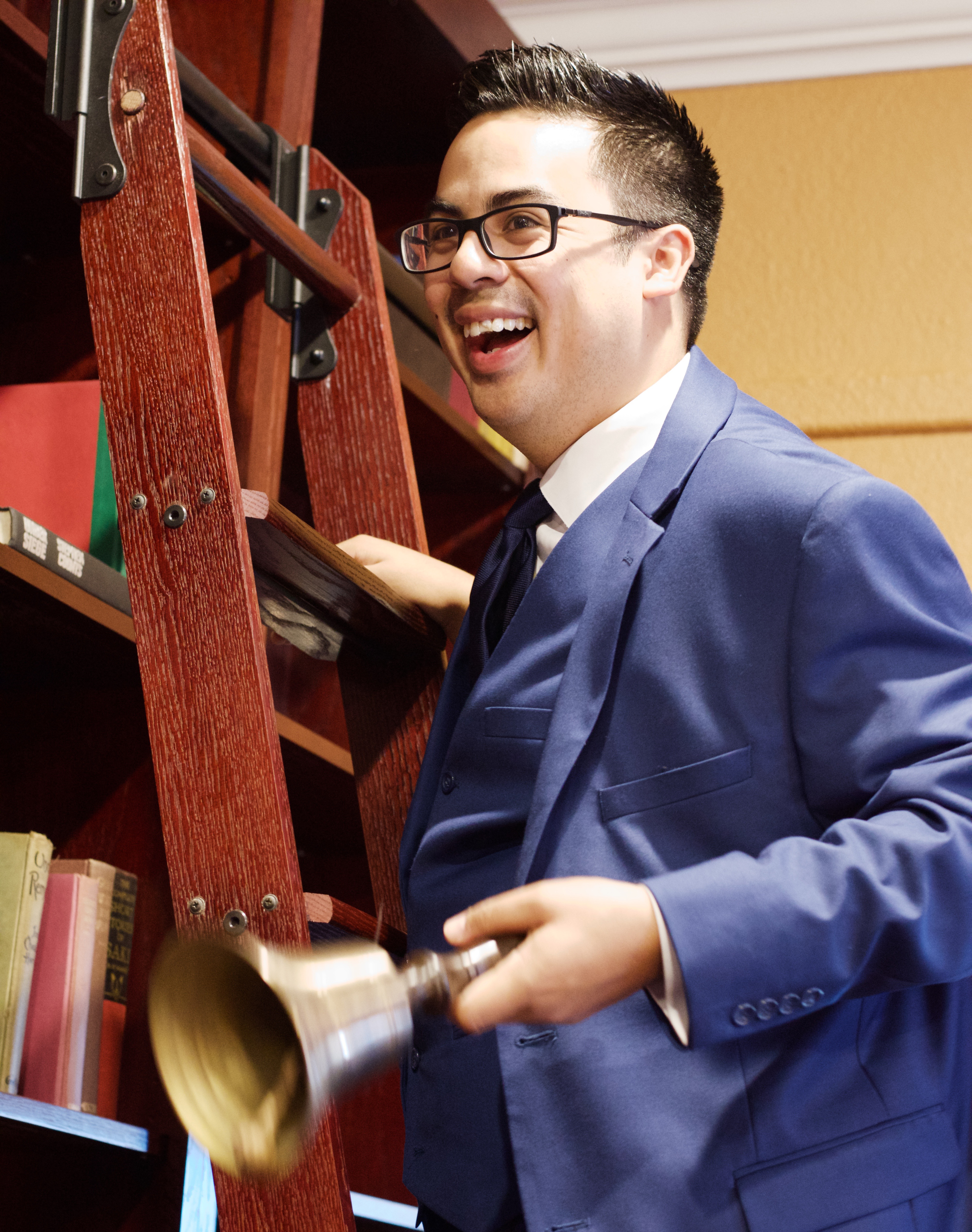 Brandon Hensgens has been performing improv since 2011. He is a teacher and performer at Finest City Improv in San Diego, CA. Brandon started his improv journey by auditioning for his first group, Roar. Since then, he has been non-stop. He has trained at iO West, Pack Theater, Dosage Improv, and Roar Theatre. You can catch him perform with his indie teams, Roar, Greg Hess’ Hair, and Craft Beer Festival. He is also the director and producer of the Harry Potter improv show, Dungeons and Dementors. Since 2013, Brandon has worked as an actor in the cast of Dinner Detective.

Outside of improv, Brandon is a graphic designer for a local news affiliate. When he isn’t working or performing, Brandon is traveling for the sole purpose to eat more food, watching Great British Bake-Off, sitting in the front row of a Robot Teammate show. 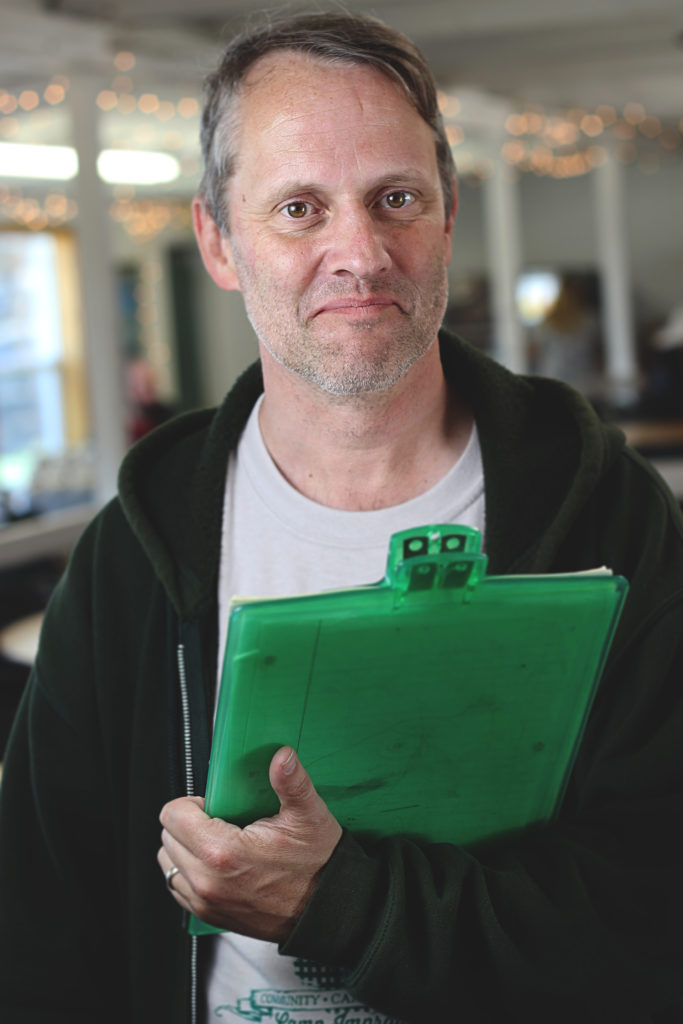 John performs each week with the Los Angeles long-form improv troupe Trophy Wife. Other improv credits include COG, Nite Terrors, and coaching Mud Hen and MPG. On the scripted side, he is in the cast of Top Story Weekly! the iO West’s news-driven sketch show. John has taken improv classes at the iO West, B.A.T.S., and with Shelley Berman.

Have Questions for Us?

Need a question answered? No problem! We are here to help, we would be glad to assist you. Go ahead and fill out our contact form and we will be in touch soon!